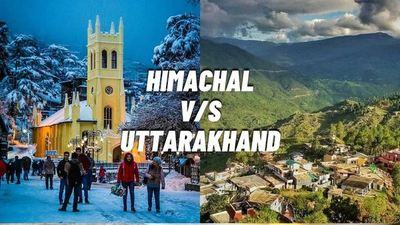 People believe that Himachal and Uttrakhand are similar because they are adjacent, and both are hilly regions. However, the reality is that they are culturally, traditionally, and linguistically different. While Himachal is heavily influenced by Punjab, except for the Kinnaur and Lahaul Spiti regions, which have their own tribal culture and language, Uttrakhand tradition is influenced by Uttar Pradesh. S both arr not same here are Some  differences:

Those are some differences; comment down if you want to add more.