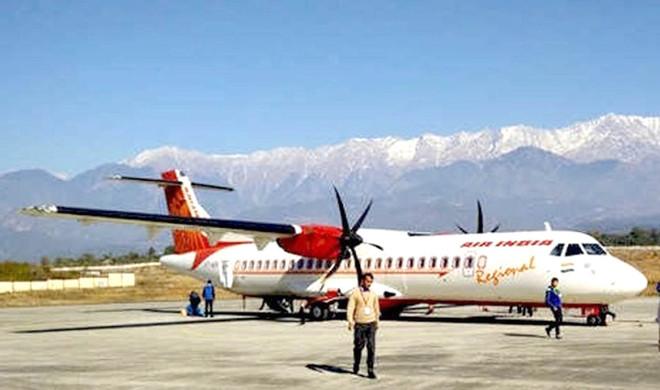 Himachal Pradesh attracts a large number of visitors each year with its stunning natural scenery. Himachal Pradesh is a popular tourist destination due to its location in the foothills of the Himalayas. As a result of Himachal Pradesh’s good road and air connectivity to the rest of the nation, getting around is simple for visitors. Below it is mentioned about airports in himachal pradesh There are 3 major airports in Himachal Pradesh – Gaggal, Bhuntar, and Jubbarhatti. Aside from these, the state does not yet have an international airport. People prefer to travel into Delhi or Chandigarh since they are better connected and because these airports are in a better location.

Bhuntar Airport is also known as Kullu Manali Airport & Kullu Airport (IATA: KUU, ICAO: VIBR), is a regional airport in the Indian state of Himachal Pradesh that serves the city of Bhuntar and the surrounding area. Bhuntar Airport, situated 10 kilometers from Kullu and 50 kilometers from Manali on the National Highway 3, serves as the region’s primary gateway.

The Jubbarhatti Airport (Shimla Airport (IATA: SLV, ICAO: VISM)), which is located near Shimla, was constructed by cutting through the mountain’s summit and leveling a single runway. If you’re planning a journey to Shimla, this airport is essential since Shimla is just 23 kilometers away from Jubbarhatti airport, making it a convenient stopover.

There are 2 international airports which can be found within a 100-kilometer and 265-kilometer drive distance of this airport, respectively. Chandigarh (Chandigarh Airport) and Delhi (Delhi Airport) are the closest to this airport.

Several Other Planned Airports in the Himachal Pradesh:

The first international airport in Himachal Pradesh could become a reality as the Airport Authority of India has found Nagchala in Mandi district suitable for the construction of an airport. The airport is scheduled to be constructed on a maximum of 698 acres of property.

The Government is also conducting the project Udan for the construction of four airports in Punjab & two airports in Himachal Pradesh. Under this plan, the Government aims at linking the non-working 33 airports in cities like Shimla, Pondicherry, Kandla, Bhatinda, and others.

Major highlights of the project include:

Read More: Why Himachal is the Best Place?

Eight national roads link the state of Himachal Pradesh towards the rest of the country, thus providing great means of connection. Though Airways too are a huge success there, owing to poor weather conditions, the flights are delayed and occasionally canceled.

Since the airports are not in such a good condition and with airlines departing, it has become more difficult for people to get to or from Himachal Pradesh. The Government is taking efforts to control this issue and encourage people from all over the globe to come and visit the area by upgrading the infrastructure as well as other public amenities which are provided at the airport.