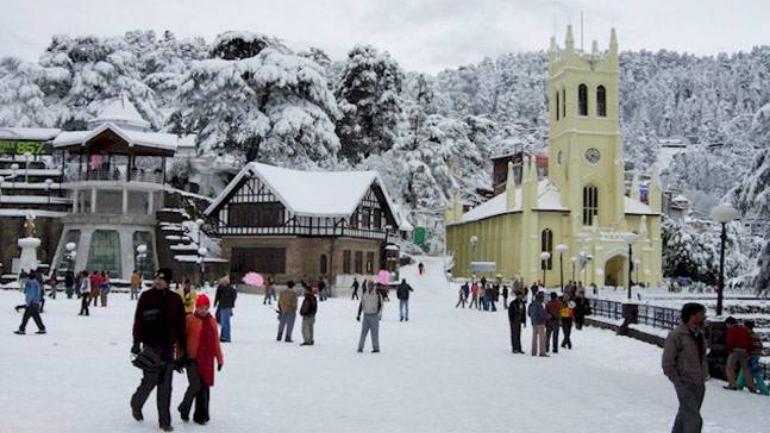 Himachal Pradesh: 25th January 2021, is the full statehood day of Himachal Pradesh. After independence, on April 15, 1948, a new province was formed by merging 28 hilly princely states. But in the year 1971, it was given full state status on January 25 under the ‘Himachal Pradesh State Act-1971,’ and it became the 18th state of India. Now it has been completed 50 years.

Apart from the natural beauty and the simplicity of the people, there are some such things, due to which Himachal is at the forefront of the whole country. Many of these things have been possible because of the good politics of the state, and all the credit also goes to the people of the Himachal. There are also some drawbacks, and the blame for them can be largely attributed to politics. However, today we know that some such things about Himachal Pradesh, which you should know. Some of these things can be useful in a GK test and some for boasting in front of a friend of some other state;

1. The name ‘Himachal Pradesh’ was given by Sanskrit scholar Acharya Diwakar Dutt Sharma. Himachal is made up of two words – Him + Achal. ‘Him’ means snow, and ‘Achal’ means mountain. Had it been made up of ‘Him’ and ‘Aanchal’ (or Aanchal), then its name would have been ‘Himachal’ and not ‘Himachal.’ By the way, some people call Himachal Himanchal, which is wrong. Although the word Himachal was already in use, it was used for the middle Himalayas. This part is also called Himachal Himalaya.

2. Himachal Pradesh became the 18th state of India. Initially, 28 hill princely states were merged into it.

3. Economy of Himachal is the third fastest growing economy in the whole country.

4. There are many small and big rivers in Himachal Pradesh. Chandrabhaga, Chenab, Ravi, Beas, Sutlej, and Yamuna rivers are prominent among them. These rivers get water from snow and rain.

5. The economy of the state depends on three things – 1. electricity, 2. tourism, and 3. agriculture/horticulture.

6. After banning polythene and tobacco, Himachal Pradesh is at the forefront in implementing it properly. Especially in the case of polythene, the whole country can learn from Himachal.

7. The crime rate in Himachal Pradesh is very low as compared to the whole country. Along with law and order, the credit for this also goes to the residents here.

8. 90 percent of Himachal’s population lives in villages and small towns. The happiness of living in the lap of nature cannot be found anywhere else than in Himachal.

9. According to the papers, every house in Himachal Pradesh has a toilet. By the way, it is rarely seen that people go for open defecation.

10. The 2005 Transparency International report states that Himachal is the second least corrupt state in the country after Kerala.

12. There are 32 such dialects in Himachal Pradesh, which have significant differences from each other, but culturally the overall Himachal is the same.

13. 95 population of the state is Hindu, and there are few reports of discrimination against people of other religions. Himachal is an example for the whole country in the matter of communal harmony.

15. Himachal Pradesh is called Devbhoomi because there are deities and temples in every village. Also, popular fairs and festivals, etc., are celebrated everywhere. Himachal is very rich culturally.

17. Kangra’s Billing (Beed) is famous for paragliding all over the world. Every year hundreds of pilots from all over the country and the world come to fly from here. Himachal Pradesh.

18. The traditional feast of Himachal Pradesh is called Dham. The specially prepared dishes are served on a plate of leaves and eaten sitting on the ground.

Read More: Do you know about Himachali Topi

19. HPCA Cricket Stadium in Dharamsala is one of the most beautiful cricket stadiums in the world. The highest cricket ground is in Chail.

20. The painting of Kangra of Himachal Pradesh, called “Kangra Chitrakta” or “Kangra Kalam,” is famous worldwide.

There is so much to count in Himachal Pradesh that you will get tired of writing, but the process will not end. Till now, we have been able to give only 20 things and could not mention many things. You can tell by commenting what other things are special about Himachal. We will place that in the next article.